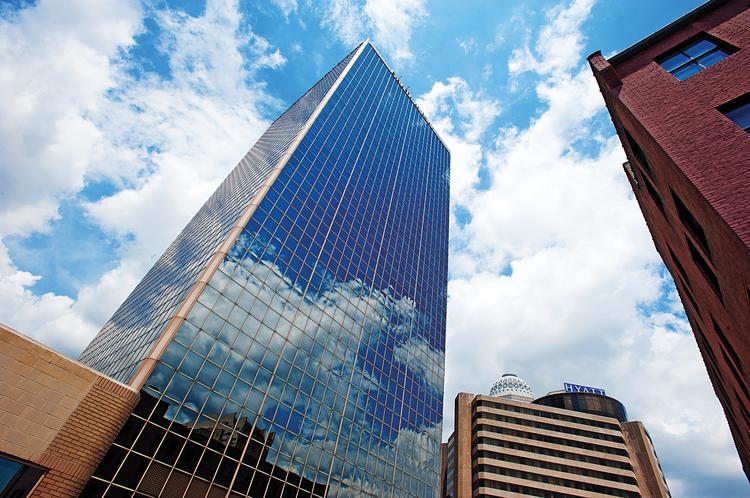 Grisanti Group is proud to have provided office tenant representation services to Care Innovations on its Louisville expansion project. Care Innovations and Kentucky Governor Matt Bevin have announced that the company plans to relocate from Prospect to downtown Louisville and create 24 new high-paying jobs.

Care Innovations’ decision to relocate from Prospect to the Central Business District is vote of confidence for the downtown real estate market. The momentum in Louisville’s class A office market is continuously swinging between the East End and Downtown. Several recent announcements have been wind in the sails of the downtown office market. Computershare’s decision to expand its footprint in Meidinger Tower, Ernest & Young’s decision to add 125 people to its downtown Louisville workforce and expand its footprint, and ad agency Scoppechio’s decision to take two floors in 400 West Market all bode well for the downtown real estate market. Additionally, the collapse of the Humana-Aetna merger allayed fears that Humana could significantly reduce its out-sized downtown footprint.

That being said, Humana and PNC are both moderately reducing their expansive downtown footprints, and vacancy sits around 12%. The market is still favorable to tenants for the time being. Insider Louisville recently published a good analysis of the downtown office market, and noted that one key dynamic to watch is the trend of older downtown buildings with Class B office being converted to residential and mixed use, which reduces the overall downtown office availability. If those Class B conversions continue and the economy remains strong, the downtown Class A market will continue to tighten and become more favorable to landlords.

As a provider of office tenant representation services, Grisanti Group stands ready to advise clients on their companies’ office needs. Call us to today for a consultation.