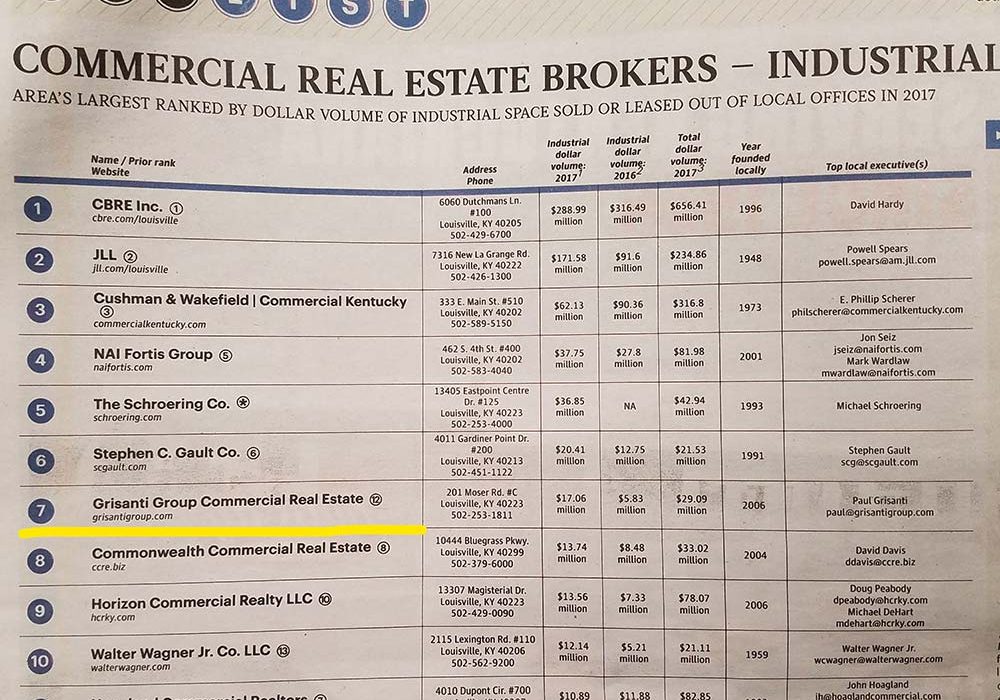 Grisanti Group’s industrial volume was bolstered by another year of multiple self-storage transactions and a major lease deal. Our self storage deals included sales of existing facilities, land for new development, and existing buildings for self-storage retrofits. We provided tenant representation on a large industrial lease transaction (over 155,000SF of manufacturing and distribution space), which we’ll be able to give more deal on later in the year when the project is announced.

2017 was another great year for Grisanti Group, and we appreciate all of our wonderful clients.